‘These activities are for adrenaline junkies, piss heads, chavs and dysgenic losers. [NA] dare to call themselves “National Socialists.” They achieved nothing. It’s a going nowhere strategy for malcontents.’

National Action (NA) first came to our attention with their juvenile banana prank at the Nelson Mandela statue in Westminster, where they filmed themselves Seig Heiling away, and they haven’t managed to reach those heights since. Of course, their erstwhile comrade Zack Davies was jailed for trying to cut someone’s head off in the Islamic Republic of Tesco, but NA bottled it, panicked and frantically denied he was a member.

Ex-BNP berk Kevin ‘Pigeon Legs’ Layzell used to dress up as a knight with a cardboard sword, but he has joined NA although he won’t be much cop on the cobbles given previous form. Then their Grope-n-fuhrer Ryan Fleming’s criminal record revealed that he’d been done for false imprisonment and sexual assault, did two years in jail, and is now on the sex offenders register for ten years: ‘Fleming told the teenager he had the option of eating Marmite or performing a sex act on him’ but canny Ryan fooled him and anyway, ‘he was made to eat the Marmite and sexually assaulted.’ Clever, eh? In his spare time Ryan pretends he’s a vampire, threatens women on Facebook, likes child murderer Ian Brady, and has joined the Order of Nine Angels started by crackpot-Nazi-muslim-satanist David Myatt. Ryan is currently single for some reason. NA have recently stated that they are going on a ‘pedo hunt’ which will be very short indeed: ‘Wheres Ryan? Ooh, there he is!’

Ryan: ‘I vant to touch your pantz, young man!’

NA refused to condemn Fleming, which lost them a lot of credibility on the far right, although the losers in North West Infidels stand with NA, which is hardly surprising as previous NWI supporters include Michael Coates (convicted nonce), James Swindlehurst (convicted nonce), wife beater Shaun ‘Fatmess’ Jones, who bit an old bloke’s ear off and is now in prison, aging Infidel fuckbugle Peter Atkinson who is doing 7 years for assaulting a photographer in Dover ,and Liam Pinkham who we exposed as a groomer.

The naivety of the Combat under-18s is clear given their babooning about in front of cameras then distributing it all over Facebook but the National Action Men have yet to achieve anything impressive or effective. Seig Heiling in an empty Holocaust museum has been their best effort this year. NA’s PR material is impressive, apart from the actual contents, and their PR writer is a sad loss to the sci-fi/fantasy fiction world. NA are full of the enthusiasm of the recently converted who, unlike seasoned activists, have not understood there are consequences to high profile, foolish antics. So eager are they to put something up on their blog, Facebook or the Ironing Board Forum that they magically transform public humiliation into success: apparently being shut in a luggage office for hours at Lime Street Station meant they had won ‘the battle of Livepool’

whilst having rows of plod to protect them on St George’s steps was equal to Barbarossa itself! Of course, anyone who has seen the photos know otherwise: they looked like inexperienced silly kids who suddenly found themselves way out of their depth. 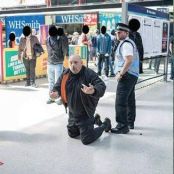 What do other far right nutjobs think?

‘Straight arm salutes, holding up pictures of Adolf Hitler and fights with members of the public… Could they have been anymore damaging to our cause?”

‘NA is a movement stagnation attempt … idiotic activism, which will be utilized to demonize ALL of us nationalist activists.’ 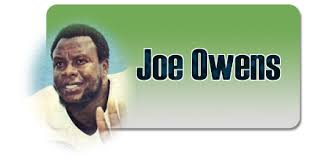 Redwatch nazi Kevin Watmough has been sniffing round the undescended testicles of NA which is always a bad sign and they were also battered by EDL goons in Rotherham, which was hilarious. What can we expect from NA now? Not much. They are numerically weak, have few allies, and their refusal to liquidate Fleming over the nonce scandal has left them isolated. They are now under surveillance by plod because of their attention seeking, and the BNP, EDL, NF, and other Nazi groupuscules keep well away. NA mistake spectacle for substance and juvenile antics for productive political work, but they should look to Combat 18 who were infiltrated and compromised by the state, ultimately ending in disaster.

NA, look to the past, because that’s your future.

Malatesta aka M. Testa, undercover anti-fascist blogger, has analyzed the changing fortunes of the British far right for nearly a decade. He has given lectures on anti-fascism, published articles in Anarchist Studies and Freedom magazine and wrote Militant Anti-Fascism: 100 Years Of Resistance (AK Press 2015) which the Morning Star called a '‘Potent Primer On Europe’s Anti-Fascist Struggle … a useful source of information about the fight against fascism.’ http://www.akuk.com/index.php?_a=product&product_id=7285
View all posts by malatesta32 →
This entry was posted in Uncategorized and tagged 'Malatesta', arse clowns, Eejits!, National Action, NWI, Ryan Fleming. Bookmark the permalink.