The Latest From News Twat!

After months of chaos, strikes, and uncleaned pooey toilets, Southern Rail have finally accepted a takeover bid from kids TV series Chuggingtons. Although the Chuggingtons trains are too small and don’t actually exist, it is doubtful that passengers will notice any difference. Southern Rail have also unveiled their latest plans to expand the London – Sussex network by using ‘some really long bits’ and a Tardis for passengers to travel back to a time when the trains actually turned up. 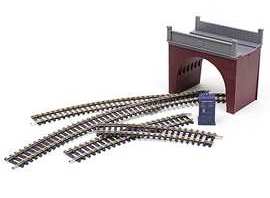 Meanwhile, support for the UK far right continues to dwindle with most of them either in prison, on tag or on bail and those who aren’t are grasses (see pic below). Along with a ban on the Combat Under-18s of National Action Men, eejits like Shaun ‘Little Balls’ Moth have been jailed for inflammatory postings on the net, National Action Man Lawrence ‘Friction’ Burns is on remand awaiting sentencing for similar, and the bizarre threats made by Pudden Heid Golding of Britain First about killing MPs and journalists is likely to see him back on the nonce wing with no visitors again.  As usual the far right bleat on about ‘free speech’ completely failing to understand that rights are contingent on responsible use of them and sending anti-Semitic tweets to women or making offensive vlogs exploding with racial hatred are just not very nice! If the lack of traffic on fascist forums like VNNuk and Stormfront Britain are anything to go by, they are indeed a shadow of their former shadow.

Proverbs, 26.11 says ‘As a dog returns to its vomit, so, too will the English Defence Leaugue repeat their folly’ but this won’t stop Ian Crossland, the leader of the utterly dead EDL, who is calling for yet another demo at Rotherham. Their previous visit didn’t go so well especially when they got absolutely battered and chased away by the local community and which saw 4 EDL jizz-sticks ending up in jail. Shame that.

And speaking of prison, 2 fascists have been found dead there in the last few months: Nigel Sullivan, who robbed an OAP, got the ‘napalm’ treatment, then hung himself in despair; whilst Kevin Crehan, who was jailed for draping bacon on a mosque, was also found dead in his cell and will no doubt be mourned by other racists who never actually met him. With supporters of this calibre, no wonder the UK far right is a mess and as if we needed further evidence, check this clip from Jeremy Kyle which shows bed-wetting pant-shitter Conrad Ainscough being humiliated over his 180 convictions and looking like a buffalo’s prolapsed arse. He clearly has no idea what recidivism means.

Anti-fascists, as always, still need to keep an eye on them.