Thursday, 17.15: News Extra: Osborne found guilty after jury out for 1 hour! ‘Dave’ found not guilty due to being completely made up! 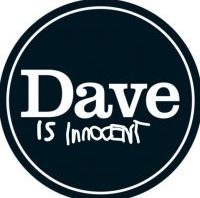 Crivvens! Jings! And Help Ma Boab! When we get up at the crack of lunchtime the 1st thing we think is ‘what’s Trump done now?’ before switching the wireless on to make sure we haven’t all died. However, the 2nd item on the brain menu is ‘what stupid shit have the UK far right fuckmonkeys done now?’ Despite running this blog for the last 8 years we are often aghast at their stupidity but yesterday really put the currant in the clootie.

Readers will no doubt be aware of the ongoing trial of ‘White Van Supremacist’ Darren Osbourne who is accused of murder and attempted murder after driving a vehicle into worshipers at a mosque, killing 1 person and injuring 9 others. Osbourne denies everything and has recently said that he wasn’t even driving and that ‘it was a guy called Dave.’ He is either doing this because he really is that fucken stupid or he’s trying to get ‘nutted off,’ to use convict parlance, and sent to a mental institution rather than a nasty HM Priz which are full of ‘Muslamic drug dealing extremists’ (despite the ‘FACT’ that ‘ALL’ Muslamics actually live in 15 bedroom castles whilst claiming benefits).

It looks like Osbourne has discovered a new legal strategy where people caught ‘Bang To Rights!’ simply have to blame made-up people. The ‘Dave Defence’ or ‘Claiming A Dave’ can also be used in other situations: ‘it wasn’t me, it was Dave in your sister’s bed,’ ‘I ain’t spent the rent money, Dave bought me the drinks,’ and ‘I’m not a psycho-fascist van driving murderer…’

Of course, if that sounds unconvincing, you can also ‘Pull A Shaggy’ and claim ‘It Wasn’t Me!’ 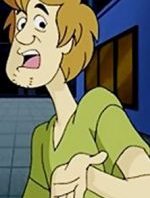 Shaggy: It wasn’t him

More to come with National Action Men all in big trubz and Britain First tangled up in tangled legal tangles and other tangled tangles. As that great Scot Walter Scott who built the world’s 1st Scott Memorial in Scotland wrote, ‘Oh, what a tangled web they weave when Britain First they practice to deceive.’ Or something.