Wullie being taken into custody this morning

We regret to inform readers that in the wake of the shocking #MeToo disclosures Arts Editor and Social Commentator Mr. O. Wullie of Auchenshoogle has been ‘resigned’ from the ‘Malatesta’ Blog following a series of allegations made by Primrose Patterson and Doris Gow, both former acquaintances of Mr Wullie. 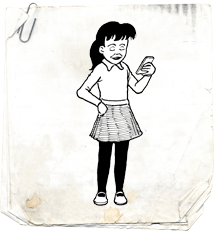 Ms. Patterson alleges that ‘William repeatedly pulled my pigtails, was reckless with his catapult and was always scrumping apples fae the orchard.’ Doris Gow, whose tumultuous life with fiance Basher McKenzie was regularly featured in The Post, has made similar complaints.

Former gangster Fat Boab claimed that years of Wullie making fun of his girth aggravated his negative body image which led to a Binge Eating Disorder (mainly fish suppers and mince & tatties). He is currently leading the #MeTae campaign in Auchenshoogle and is now known as just Boab.

We are pleased to introduce readers to our new Politics Editor, Paw Broon, AKA  ‘Paw Patrol,’ whose hit songs include ‘Say It Loud, I’m Broon & Proud!’ and ’50 Shades Of Broon!’ He will be leading our new and less perverted staff members.

Malatesta aka M. Testa, undercover anti-fascist blogger, has analyzed the changing fortunes of the British far right for nearly a decade. He has given lectures on anti-fascism, published articles in Anarchist Studies and Freedom magazine and wrote Militant Anti-Fascism: 100 Years Of Resistance (AK Press 2015) which the Morning Star called a '‘Potent Primer On Europe’s Anti-Fascist Struggle … a useful source of information about the fight against fascism.’ http://www.akuk.com/index.php?_a=product&product_id=7285
View all posts by malatesta32 →
This entry was posted in david coppin, Eddie Stampton, Shane Calvert is going to prison ha ha ha! and tagged 'Malatesta', Anti-fascists, Auchenshoogle, Doris Gow, Eejits!, Fat Boab, Oor Wullie, Paw Broon, Primrose Patterson, The Broons. Bookmark the permalink.