Crivvens! Jings! And Help Ma Boab! We are nearly at the end of 2018 and what a year of political chaos it has been, especially for that greedy shitbag who really should be in jail! Who? Well …

He is a grubby, devious shyster;

There is only 1 person who matters: himself;

Most of what he says is lies but he believes it cos he has said it;

He denies any responsibility for the consequences of his words and actions;

When questioned, he refuses to listen to others, shouts over his interlocutors and uses noise and physical presence to intimidate;

He pretends he is a rebel when he is in fact a tedious, ill-informed reactionary and conservative who values only 1 thing: money. Especially other people’s.

He is a conman milking all those hard working, drug-free, sober, law abiding racists;

Like most populists, he will say whatever his followers need to hear to keep the money rolling in;

He treats political contributions as his own: he keeps money raised for campaigns, legal fees and donations, files no tax returns or accounts.

Well, who? Donald Trump? Tommy Robinson? No. Both. Obviously, we are not comparing them to each other, as 1 is clearly a fraudulent lying criminal. And so is the other one. But fuck Trump. He’ll get his soon.

As with others on the UK far right like the loathsome John Tyndall, Martin Webster, Nick Griffin, Paul Golding or Jayda Fransen, no one will employ Robinson so they scam and solicit for whatever pounds and pence they can get, although Robinson is considerably more successful at this than his predecessors. But why have Inland Revenue or Customs & Excise not inquired into his finances? A high profile career criminal and convicted fraudster who buys a large house and expensive car with no discernible form of income? Nothing wrong there, surely?

The news this week has been a headache but an oddly enjoyable one cos it’s been dominated by right wing fuck-ups: all that Trumpeting in Washington and his mate Leonard Cohen going to prison; Theresa May’s Brexit fiasco and her undermining by cadaverous public schoolboys prancing about like sequinned fops; and UKIP have freaked out over the hiring of Tommy Robinson as an expert on prison reform and sex offenders (as many follow him).

We live in scary times, but fascinating ones.

Although you’ll never see us in the bookies, those caverns of deviance, we’ll go for a treble bet: in 2019, Robinson will leave UKIP before Easter; May resigns before she’s sacked; then Trump is impeached. We are giving away all the money we have earned from the blog this year to the 1st person who proves us wrong (i.e., nothing).

As we head for the Christmas hols, spare a thought for the less fortunate who will be feasting on halal festive twizzlers in the Majesties priz this year:

The prize turkeys from National Action, Christopher Lythgoe, Matthew Hankinson, Garron Helm, and Jack Renshaw, little Nazi boy lost who has destroyed his life by hanging out with them; 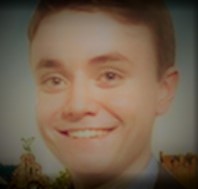 And bastard nonces like Leigh MacMillan and Pete Gillett who are inside for a loooong time (unless they top themselves like Nazi-Nigel Sullivan did), and happy we are about that.

Anyhoots, next Friday we will be praising this years heroes and hopeless cases.