Panic In The House Of Trump!

Crivvens! Jings! And Help Ma Boab! If we actually had a real job we would have been fired already cos we have spent 24 hours a day watching CNN and MSNBC online (especially Rachel Maddow) covering Donald Trump’s rapidly collapsing empire which is fucken fascinating! (See link below) And we also learnt how to make the internet into 2 little pictures on the laptop so you can watch them both at the same time. Anyhooots …

The bad news is that Trump wants to pull out the 2,000 US troops currently in Syria working in an ‘advise & assist’ role with Kurdish fighters who have been battling and beating ISIS whilst having to deal with that fucken scumbag Assad (and by extension Putin) as well as Turkish marauders sent in by Erdogan. Trump had previously stated that ‘I know more about ISIS than the generals do!’ which he obviously doesn’t cos it’s their actual thing to know. And don’t forget, anti-fascists from various countries have fought and died in the struggle against those beardy nutjob fuckbuckets.

Disclaimer: As a militant coward who is as terrified of guns as of getting a job, we obviously disapprove of war and all that stuff, but we do like the YPG/YPJ as mentioned in previous blogs. Anyhooots …

In case you don’t know, Donald Trump is that guy with the funny hair who owns America and he is facing 17 different investigations into his personal, political and business doings, all of which are intertwined, so the reasons for suddenly tweeting this geo-political nightmare are several. He may have wanted to deflect attention from his stupid threat to shut down the government just before Christmas if he didn’t get funding for his ridiculous Mexican wall, and which also meant that public sector workers wouldn’t get paid this month, but luckily for them that’s been prevented so Seasonal Greetings to you Mr. President. 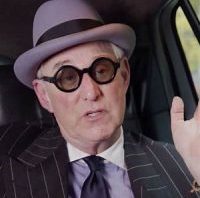 Then there’s the high profile court cases involving Michael’s Cohen and Flynn who spewed up all manner of incriminating details about Trump’s nefarious doings; queries about Roger Stone, that guy with crazy glasses and suits made for gangsters 90 years ago, about Russian manipulation of the election; the dodgy Trump Tower dealings in Moscow; his paying various women to keep shtum about schtupping him, as admitted by Cohen and the sleazy David Pecker (for fux sake change your name love); the embarrassing closure of the Trump Foundation over fiduciary how-do-you-do’s; his attacks on lead investigator Robert Mueller, the FBI and the Dept of Justice who are hovering right over him, knives OUT!; the questions over the $100 million raised by the Inaugural Committee and spent in Trump’s hotels after he became el Prez… and on and on. It’s compelling TV, make sure of that.

How many charges, Rachel?

The crispy fried comb-over and his weird family, Daffy Donald jr., Melanomia and his wife Ivanhoe, make that other money grubbing criminal shyster Tommy Robinson look straight. Which takes some doing, friends! Oh, ‘Sir’ Tommy MP has been pretending to be a ‘journalist’ again and is out and about with Kousin Kev Karrol trying to intimidate political opponents by turning up at their houses being all shouty and that, so if he wants to find out who I am and pop round for a cup of tea and a bun, I’m the one on the left. 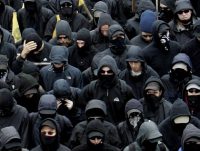 As we said, we live in scary times, but fascinating ones. Try this stuff free: