Crivvens! Jings! And Help Ma Boab! Whit’s bin going on with the UK far right this week? Well, Jayda Fransen ‘The Barbarian’ finally left the useless Britain First groupuscule which shocked no-one. Last year when Jayda and Pudden Heid Goldinger were in court he blamed her for everything and she got twice the amount of majesties priz than him. Such a gent.

What is really shocking though is the fact that Jayda gave Britain First IQ deficient and toothless gimmer Andrew ‘Toothless Gimmer’ Edge access to her generous chesty busticules although, unsurprisingly, he failed to ring her bell due to penistular shortcomings. No lothario, he! Indeed after he had finished – 45 seconds! a new record – he got up and went to the chippy. When he got back an hour later, he had forgotten Jayda’s saveloy which she had wanted for ‘demonstration purposes’ to show Edge how things work down there! Although Gimmer Edge is now back to ‘self-service’ he can’t even satisfy himself, despite years spent weeping in prison cells fervently practicing.

We are not going to comment on the reappearance of former ‘UK Pegida Leader’ Tim Scott who until recently was making a living as children’s entertainer ‘Peter Pickles.’ Tim Wrong Un was the beard who made an utter cunt of himself in a Channel 4 interview – but don’t worry Timberley, we won’t repost the link:

An RMT picketline was harangued by a bunch of gibbonesque EDL types thus confirming that the far right are scabs, anti-working class and bosses stooges. Anti-fascists rallied in solidarity but the orangu-fuckwits failed to reappear. How unsurprising.

Meanwhile, the Sweaty Vests have been embarrassing themselves, flapping about like headless chickens so they can get on telly and boast to girls. Sadly, behaving like total fuckbugles backfired in a predictable manner: 1 was nicked for hassling Tory MP Anna Soubray and another got nicked acting out in front of the cameras. The Vests are supposed to be in Leeds on Saturday but plod are generating heavy manners and they’ve already started falling out with each other. More to come on that no doubt!

Tommy Robbing-Bastard was banned from milking his gullible followers on Youtube and  has been gadding around in his Rupert the Bear suit which he will no doubt be wearing when he goes back to court for that ongoing case that I really don’t give a fuck about. Kousin Kev Karrol fell out with ‘Sir Tommy For PM’ because he hasn’t been given any new clothes. Acting totally out of character, ‘Sir Tommy Tight-Arse’ gave Beaker some of his cast offs which look very spiffy indeed! 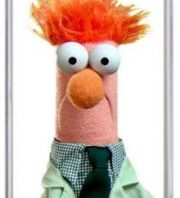 So, things be picking up a bit as the new year gets going and anti-fascists have already been busy. We look forward to seeing: what Jayda’s new venture will be (not really); the disappearance of Tim Scott (again);  ‘Sir Tommy For PM’ back in court again; the Sweaty Vests falling out with each other; and Andrew Edge wanking himself into irrelevancy along with the rest of Britain First RIP. 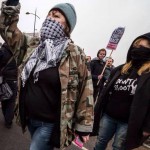